Award of The Week-CBI Book of the Year Award 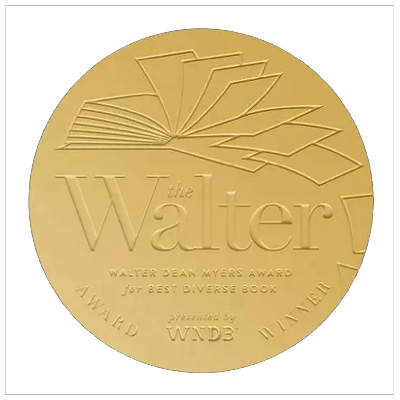 The Walter Dean Myers Award, also known as “The Walter,” is named for prolific children’s and young adult author Walter Dean Myers (1937-2014). Myers was the third National Ambassador for Young People’s Literature, appointed in 2012 by the Library of Congress. He was a champion of diversity in children’s books. The Walter Awards honor Myers’ […] 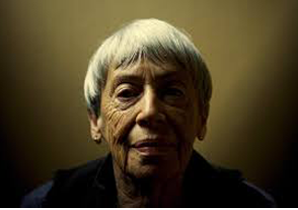 To the average news follower author Ursula K. Le Guin was known as a science fiction and fantasy writer, but to her devoted fans she was an author who used the genre to spotlight topics that interested her, such as anthropology, environmentalism, psychology and sociology. Le Guin leaves behind a canon of award winning works […] 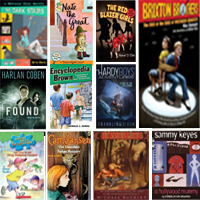 The Hardy Boys and Nancy Drew may have started the detective mystery for children’s reading, but many notable detectives have held their own throughout the years. The list of sleuths that follows is divided by the age of the sleuth, not by reading level. We were disappointed to find little diversity in modern publications, a […] 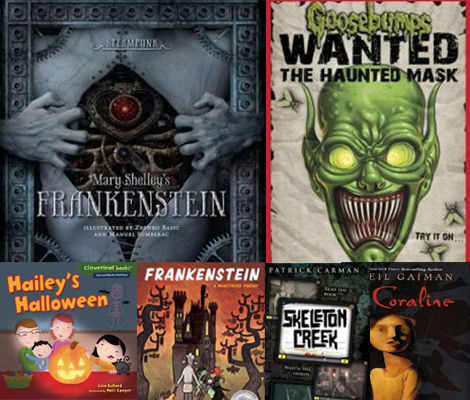 This week we are sharing reviews of some spooky reads you might want to share with those who love scary stories, and a few not-as-scary Halloween reads.             Steampunk: Mary Shelley’s Frankenstein By: Mary Shelley Illustrated by: Zdenko Basic and Manuel Sumberac This original horror story begins and ends with […] 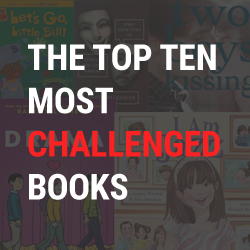 The Top Ten Most Challenged Books

When I was younger and before I went to college to become a librarian, I was always confused by Banned Book Week. I never understood why all these “banned” books were put on display in my public or school library. I mean if they are banned doesn’t that mean they are not allowed, and don’t […] 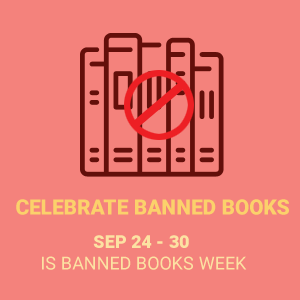 In a past position as a high school librarian, I entered my office one day to find an art history book on my desk opened to a photograph of a nude statue. Confused, I simply put the book back on its appropriate shelf only to have it reappear on my desk later in the week. […] 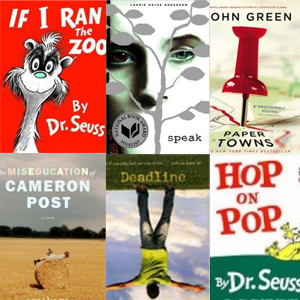 When I was younger and before I went to college to become a librarian, I was always confused by Banned Book Week. I never understood why all these “banned” books were put on display in my public or school library. I mean if they are banned doesn’t that mean they are not allowed, and don’t […]

Each year the National Book Foundation recognizes outstanding literary work by a US citizen through four awards for Fiction, Nonfiction, Poetry, and Young People’s Literature. The awards are touted as awards by writers to writers as the panel of judges is comprised of authors. Below are this year’s finalists. The winner will be announced at […] 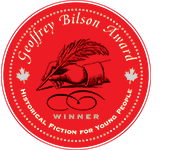 The Geoffrey Bilson Award for Historical Fiction for Young People is named for Geoffrey Bilson, an avid reader from a young age who went on to publish historical novels for children as well as several adult books. The award is presented annually in Canada by the Canadian Children’s Book Centre. Below are past winners starting […]

Award of the Week – The 2017 Mythopoeic Awards

The Mythopoeic Fantasy Award for Children’s Literature honors books for beginning readers to age thirteen that follow the tradition of fantasy put forth by The Hobbit or The Chronicles of Narnia. Titles for mature young adults may be placed in the adult category. Books are eligible for selection as finalists the year after publication however […] 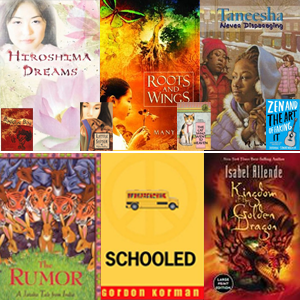 In honor of CLCD’s CEO’s philanthropic trip to Nepal to work with Buddhist monks, check out these works of fiction that feature Buddhism in some way or another.               Hiroshima Dreams By: Kelly Easton Lin O’Neil, a talented but shy girl growing up in Providence, Rhode Island, develops a […] 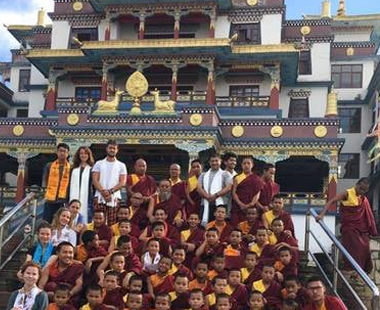 Ajay and the Monks of Khawalung

Our fearless leader and CEO of CLCD, Dr. Ajay Gupte, has landed in Nepal along with his teenage son and a friend.  This is his 3rd annual trip with his son, who is now 17, to volunteer at the Khawalung Tashi Choeling Monastery which houses 60 young monks – boys ages 4-21.  While there they also […] 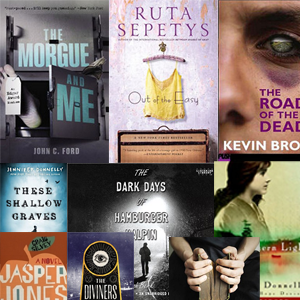 “Gillette Electrocuted for the Murder of Sweetheart.” It is a headline ripped straight from a 1908 newspaper and just as compelling as ever. A recent visit to the Adirondacks reminded me of one of my favorite historical fiction books, A Northern Light by Jennifer Donnelly and the true-life crime upon which Donnelly’s story revolves. It […]

Award of the Week – The Boston Globe-Horn Book Award

The Boston Globe-Horn Book Award is presented each year to winners in each of three categories: Picture Book, Fiction and Poetry, and Nonfiction. Each winning title must be published in the United States and is chosen by a panel of three judges appointed annually by the editor of the Horn Book. Below are this year’s […] 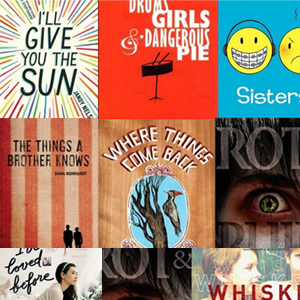 In honor of the award-winning Fan Brothers, the following list includes books that feature siblings             I’ll Give You the Sun By: Jandy Nelson Jude and her brother, Noah, are incredibly close twins. At thirteen, isolated Noah draws constantly and is falling in love with the charismatic boy next door, […] 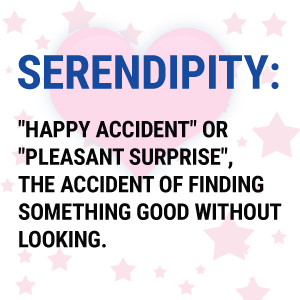 There are a lot of great things about CLCD Enterprise, but one of my favorites is the ability to get lost. Getting lost is not a bad thing, think Alice’s Adventures in Wonderland. Sometimes I feel like I have fallen down a rabbit hole. For example, thinking of ideas for this week’s newsletter, I remembered […] 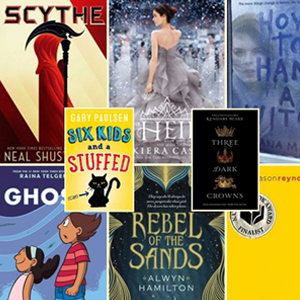 With frost on the ground in lovely Central New York, it is hard to imagine that summer is right around the corner, but so it is, and with it comes the lazy days of summer vacation.  From now until August, Read & Shine will continue to bring you the latest and greatest in the children’s […] 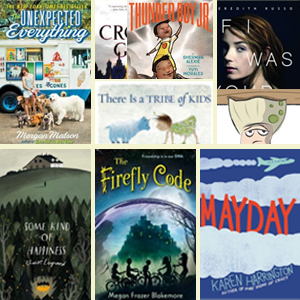 This Time Last Year – Award Winning Books From May 2016

From the top books published in May 2016, the following titles went on to win awards and live up to their pre-pub hype               Save me a seat By: Sarah Weeks Ravi has just moved to the United States from India and has always been at the top of […] 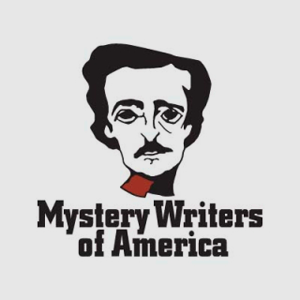 The winners of the 2017 Edgar Awards were announced on April 27, 2017 in New York City. Each year the Mystery Writers of America honor the best in mystery fiction, non-fiction, and television in such categories as Short Stories, Juvenile, and Young Adult.            Winner Juvenile Titles OCDaniel By: Wesley King […]