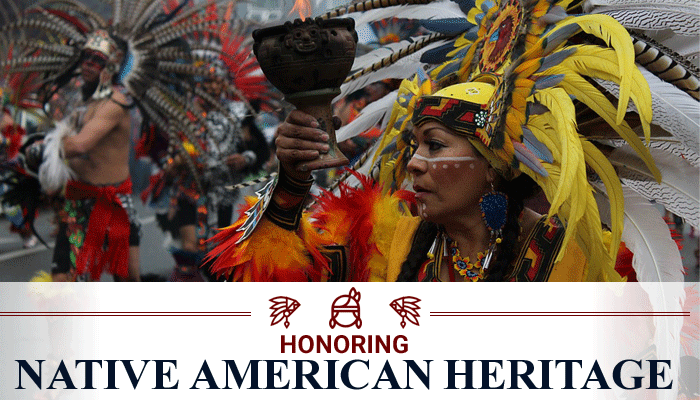 As we celebrate Native American Heritage Month, we find ourselves at a very difficult time in our nation’s history. We see land borders being strengthened, racial tension, and a lack of kindness towards anyone who opposes our own views. Our nation has been in this moment before, and in all honesty, we will probably experience it again at this extreme magnitude in the future. It seems we never learn from our mistakes.


While this chapter in our nation’s history is like other chapters, there are role reversals in this one. Many years ago, people wanted in. At first, they wanted to share the land with the indigenous people and learn about this land that was new to them. At times, both groups got along and at times they did not. But the indigenous people were soon finding the new arrivals breaking treaties they had made, taking their land and trying to impose their traditions and beliefs on them. The landscape was changing, and the American Indian way of life was being smothered. In 1830, President Andrew Jackson’s Indian Removal Act forced American Indian tribes to give up their land in the east and relocate west of the Mississippi river. In 1838, as part of that act, the Cherokee people were forced to leave their land in southern states, yielding more loss of land and people in what became known as the Trail of Tears. As more settlers moved westward, more clashes ensued. The government and religious groups thought the problem was the indigenous people needed to be ‘civilized.’ We know that was not the case. They were fighting to keep their existence. They were fighting for what had been theirs and was now being stolen. Greed and power tried to extinguish an entire group of people.

This year, the Laura Ingalls Wilder Award was changed to the Children’s Literature Legacy Award due to stereotyping portrayals of American Indians in Wilder’s works. We’ve acknowledged that inaccuracy in literature will not be tolerated anymore. Now it’s time to produce accurate literature. There are over 300 Indian reservations and over 500 tribes across the United States, yet I cannot find any children’s books on many of the tribes. Nothing about their past nor present lives. Many have distinct languages, traditions, and customs, yet where can I learn about them yet alone teach a child about them? Children’s publishing has neglected the original Americans. How can we call or consider ourselves the greatest nation in the world when we cannot produce books for children about the original Americans?

Native Americans are not just in the past, they are part of our present and their present story needs to be heard. We are dedicating this issue to presenting books that provide the most accurate representation of Native Americans. Two reading lists have been provided for ages from birth to 18. While these lists are helpful, I admit they are not complete. They never will be when American Indian voices are not published.