In recent months, several protests around the U.S. have turned destructive or even violent. While these episodes are miniscule compared to the the non-violent, non-destructive protests taking place over the same issues, they have generated a large amount of news media coverage and social commentary. However, riots and revolts have always been a part of our history in the United […]

These award-winning children’s books feature characters with disabilities. In many, the central character is a child with a disability. Others feature adults who have overcome disabilities in interesting ways. Some of these stories are even presented from the point of view of service animals!

The longing for spring is universal. It transcends age, culture, geography, and even species. And it’s just around the corner! These fiction picture books will get young readers excited about the arrival of spring.

March is madness! These young adult novels will keep teen basketball fans reading in between the big games. 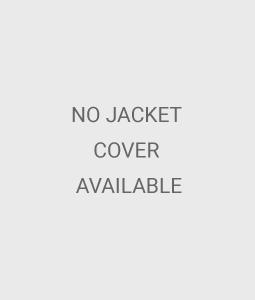 13 Books about MLK and the Selma Marches

Earlier this month, Paramount Pictures released Selma, a major motion picture about the 1965 civil rights marches led by Dr. Martin Luther King, Jr. The release of the film, followed by the annual celebration of Martin Luther King, Jr.’s birthday on Monday, January 19th, 2015 and Black History Month in February will leave many children and young adults wanting to […] 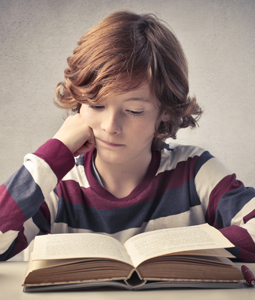 From the Editor: The Unstoppable Power of Children’s Literature

Dear Reader, A few weeks ago, I had an epiphany about the power of children’s literature. After reading Chugga-Chugga Choo-Choo to my son for what must have been the 10,000th time (and still enjoying it), it occurred to me that by age two

20 of the Best Children’s Books about Trains

It seems like there are a million train books out there, but which ones are the most worthwhile? The following is a list of award-winning books (some classic, some new) that feature the captivating power of the mighty locomotive. 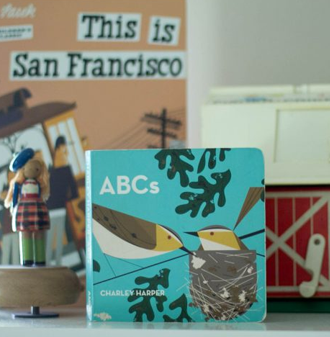 November is national adoption month, a time to raise awareness about the more than 100,000 children in the U.S. foster care system awaiting permanent families. Children’s books are a time-honored tool for parents and others to help adopted children process the complex questions (and sometimes difficult answers) associated with their adoption journey. The books below […]

Fall means food. When the weather turns cold, cooking together is a great way for kids to have fun, learn, and bond with family members.These award-winning cookbooks are written especially for kids, with recipes that are simple, reliable, and with a little luck, delicious. Contributed: by Andy Spinks The Kids’ Multicultural Cookbook : Food & […]

Diwali is the “festival of lights,” the most important holiday of the Hindu year. It is a national holiday in India and a number of other countries, and is also celebrated adherents of other faiths. Oil lamps, fireworks, and strings of electric lights are lit to celebrate the triumph of light over darkness, which symbolizes […] 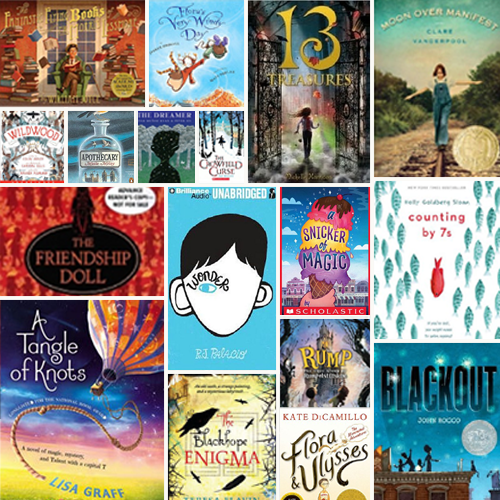 As an educator, I have always known that books can have a profound impact on a child’s life. There are a few favorites that stand out for me personally. Recently, that impact was studied by a group of social psychologists, and what they found is incredibly encouraging. They specifically looked at the impact the Harry […]

September 15th, 2014 marks the fifth anniversary of “a global celebration of creativity, courage and collaboration,” Today, Dot Day has nearly one and a half million registered participants from over seventy-one countries. Its beginnings were humble. Dot Day began with one teacher, one class full of students and one book, The Dot by author/illustrator, Peter […]

Hispanic Heritage Month is September 15 through October 15. The following is a collection of books that highlight the experiences of Latinos in the United States for students in the elementary grade levels. The list includes biography, history, and cultural books, as well as poetry and fiction books that give insight into the everyday life […]

“O Canada . . .The True North Strong and Proud.” Canada Day, the country’s national holiday, is July 1 and commemorates the 1867 unification of Nova Scotia, New Brunswick, and Upper and Lower Canada (Québec and Ontario), hence known as the Dominion of Canada. Today there are ten provinces with an area of 3,855,103 sq. […]

Ramadan is celebrated during the ninth month of the Islamic calendar when Muslims believe first verses of the Qur’an, the holy book of Islam were revealed by Allah. It is a “month of blessing” during which Muslims focus on prayer, fasting, and charity, culminating in the celebration of Eid al-Fitr on July 28, 2014.. Web […] 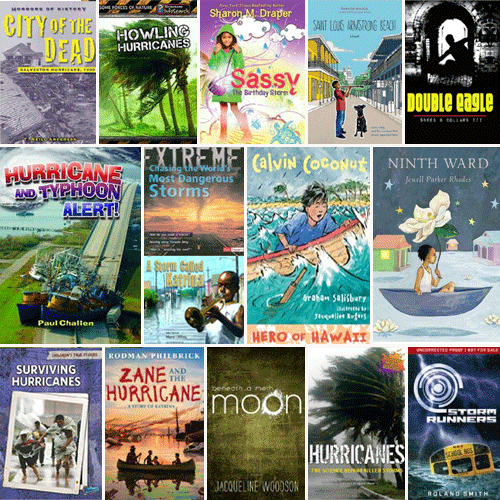 A hurricane is tropical storm in which wind speeds are greater than 74 mph. Catastrophic damage to shorelines is possible, as are flooding and storm surges. The term applies to storms in the southern Atlantic Ocean, Caribbean Sea, Gulf of Mexico, and in the eastern Pacific Ocean. Web links to additional information and activities about […] 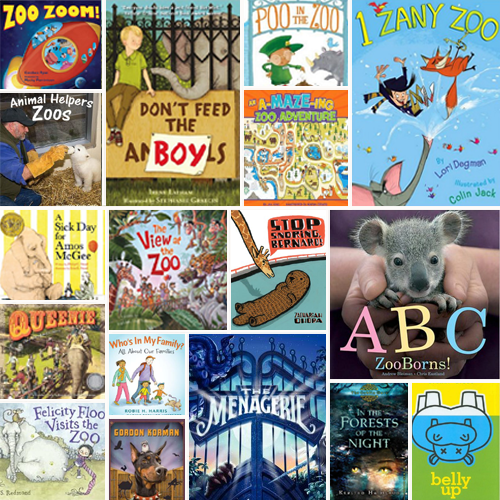 We’re going to the zoo, zoo, zoo! Experience all sorts of zoo adventures as well as learn the ins and outs of zoos in these selections. Web links to additional information and activities about follow these reviews. Contributor: Peg Glisson             Reviews 1 Zany Zoo By: Lori Degman Illustrated by: […]

Mexican? American? What is it like to be a Mexican American today? These books, mostly novels, explore life and issues for Mexican American youth. Like many first, second, or third generation immigrants, it’s not uncommon to have a foot in both worlds, especially if relatives still live in Mexico. To better understand their history and […] 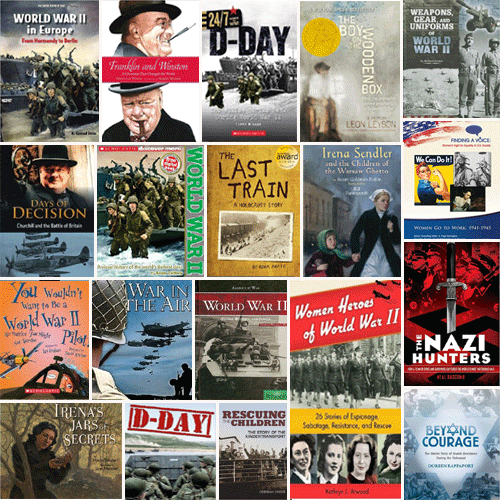 D-Day, June 6, 1944, was the beginning of Operation Overlord, which resulted in the Allied liberation of Western Europe. Hundreds of thousands American, British and Canadian forces landed on five beaches along a 50-mile stretch of the heavily fortified coast of France’s Normandy region. These nonfiction books, published since 2010, help us understand the facts […]

Whether flying secret missions, trying to avoid capture by the Nazis, or tracking spies, fiction brings the people and events of World War II’s European front to life. These titles, published since 2010, have great appeal. (Other recent titles about World War II in Fact and Fiction can be found in our 2012 Memorial Day […]