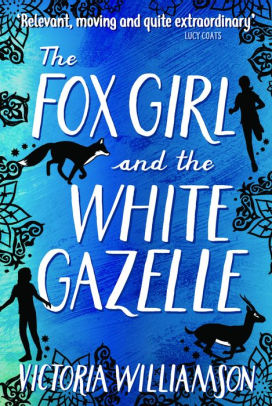 Caylin and Reema are unlikely friends. Caylin bullies younger children and acts out her grief over losing her grandfather, while her depressed, alcoholic mother sleeps the day away. Reema is a Syrian refugee, traumatized by the war, ostracized for her minority religion and grieving her missing brother. Yet the two find common ground in their mutual affection for the injured fox and her five newborn kits who live behind their low-income apartment building in Glasgow. At first, each thinks they’re the only one caring for the foxes, but when they discover the other’s involvement, their initial jealously gives way to an alliance to protect and nurture the fox family. Meanwhile, Caylin worries her mother’s recovery from alcoholism depends too much on a new and unreliable boyfriend, and Reema despairs at her father’s withdrawal from life in response to the disappearance of her brother in Syria. The girls also realize their common love of running, their initial competitiveness ultimately giving way to teamwork. Narrated in first person with alternating perspectives in short chapters—including periodic free verse poetry in the fox’s voice—this redemptive story shows the restorative effects of empathy and friendship. Both Caylin and Reema learn that people aren’t always what they seem, including the adults in their lives. Hope and joy balance grief and fear in this triumphant tale of finding your place in the world with a friend by your side.
Children’s Literature is a division of CLCD, LLC.