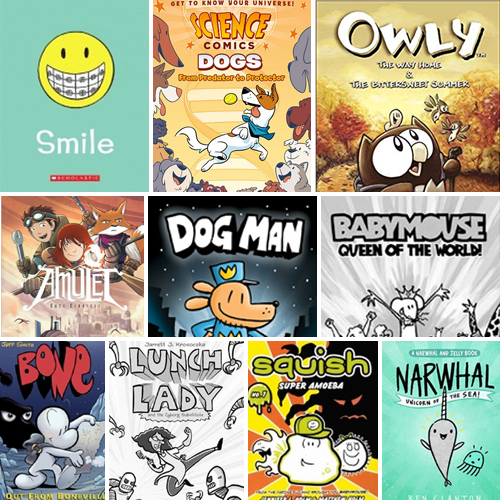 On July 20, 2018, the 30th Annual Will Eisner Comic Industry Awards were presented in San Diego. These awards are given out during a special convention that continues to grow each year and has sparked smaller conventions throughout the country. The convention is Comic Con International, and the Eisner Award is considered the Oscars for comic books. This book convention centers around the ever expanding and popular comic book culture. However, the convention is not just a comic book shopping spree, it is totally devoted to everything associated with a comic book- the movies, the toys, the total brand.

While you may be thinking comic books are only about superheroes, the industry is much more diverse. The stories are filled with protagonists and antagonists fighting for happiness or survival, sometimes both. The artistry in each story panel lends itself to the story just as much as the words. The reader uses visual clues and text in tandem to follow the story. It truly takes magnificent work of our brains to read stories in comic book format. Yet, for many years schools did not look at the comic book format as a conventional way to teach students to read.

Enter Maus by Art Spiegelman. Published in 1986, the author tells of his family’s survival of the Holocaust in comic book format. There are no superheroes in this novel, only allegorical storytelling of the horror of the Holocaust, with Jewish mice and Nazi cats. When the book won a special Pulitzer Prize in 1992, everything changed for the comic book format novels. They fully embraced a more accurate name that had been stated since the 1970s by Will Eisner and would spark a new genre that would spread its wings to reach many readers- Graphic Novels.

Other books, such as Persepolis and American Born Chinese would follow in the 2000s. These are complete stories told through text and paneled illustrations, which have storylines in realism rather than imaginary superheroes. Their stories give children a look at other cultures and who we are as a society.

Soon after, graphic novels would not only find their way into libraries but also into the classroom. A Common Core Standard for English Language Arts Grade 5-7, children are expected to “analyze how visual and multimedia elements contribute to the meaning, tone, or beauty of a text (e.g., graphic novel, multimedia presentation of fiction, folktale, myth, poem).” (Common Core Standards, 2013)

Regardless of the Common Core Standard, there are still some educator and parental holdouts when it comes to valuing graphic novels in a child’s reading growth. Graphic novels are an uncomplicated way to expand vocabulary through word-to-picture correlation. They have more complex plots and complete storylines than usually associated with thin comic books which produce installment issues. Graphic novels provide just as much exposure to plot, sequence of events, and character study as other novels. They can be serious in nature, like Maus and other YA graphic novels, or humorous in nature, like the Lunch Lady series and other juvenile graphic novels. Furthermore, a fast-paced novel, which graphic novels usually are, is a known plus for getting reluctant or struggling readers to read.

Graphic novel publishing continues to expand each year. Many popular series novels such as The Baby-Sitter’s Club, The Boxcar Children, and Artemis Fowl are rebooting themselves in the graphic novel format. This move may possibly bring around the graphic novel naysayers. It is hard to believe there are still naysayers after the years of positive effects from graphic novels on young readers, especially in our current climate of digital visual storytelling.