Featured Article: Scary Tales to Keep You Up at Night 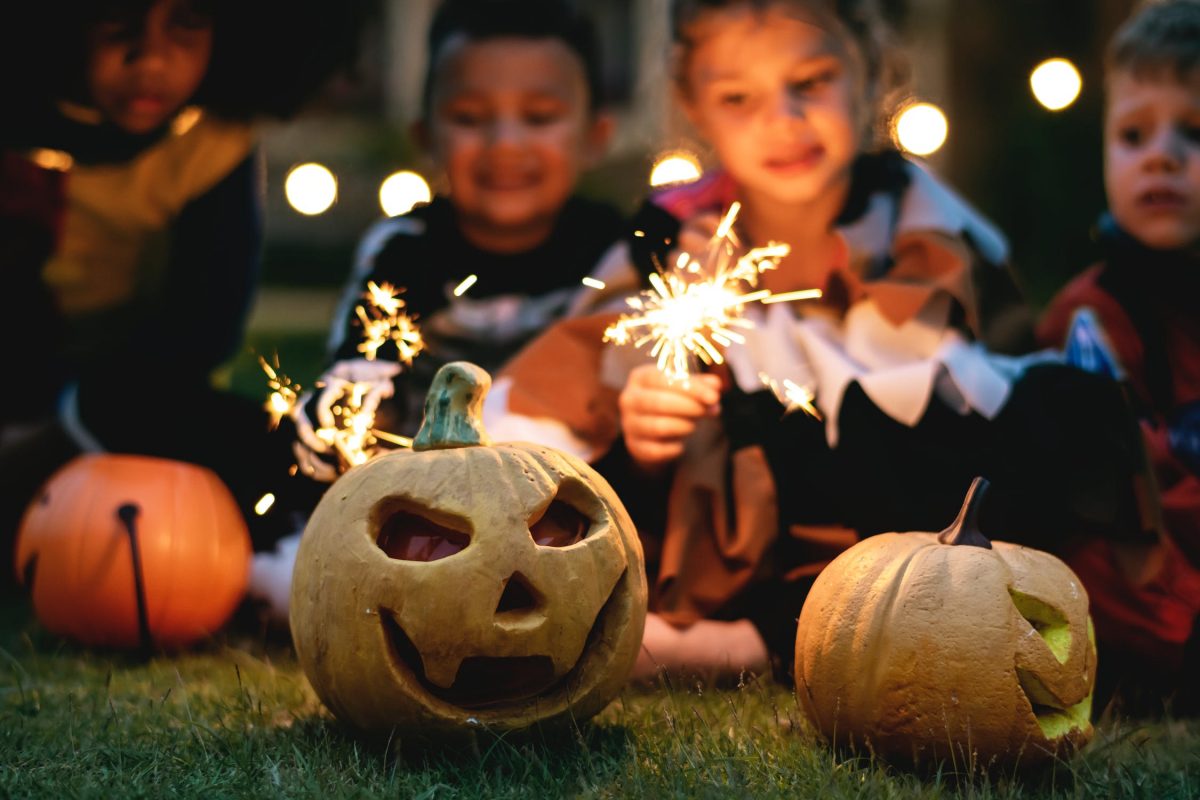 It’s October and for many people that means carved pumpkins, kids in costumes trick-or-treating, and spooky stories. Speaking of spooky stories, I’ve got a few to share.

This story is about a young man named Hans. After Hans’ beloved father dies he journeys to “make his way in the world.” Along the way he sees interesting characters, such as the goblin in the church tower, elves playing in the forest, and trolls. Good natured Hans knows God will take care of him on his journey, but of course evil lurks. It always does in any spooky story. Hans gains a travelling companion as he continues his journey and he also becomes intrigued with a beautiful yet cruel princess. Suitors have tried to win the princess’s heart, but to do so, they must answer three questions that the princess poses. If they can, they will be her husband and future king. So far, no suitor has been able to answer her questions, and not only does the suitor not marry the princess, he is also hanged, by order of the princess. You see, this princess is cruel because she practices witchcraft and follows the order of a wicked troll who tells her the questions to pose to each suitor. When Hans decides to pursue the princess, his challenge is to guess three things that the princess is thinking, over the course of three days. If Hans cannot, he will be hanged in the princess’s garden like the other suitors and per the troll’s special request, his eyeballs are to be extracted so the troll can eat them. Gruesome enough yet? To the surprise of the princess, with the help of Hans’ companion who is very resourceful through his own magic, Hans guesses all three of the items the princess is thinking. The last item she was thinking, again by the troll’s request, was the troll’s head. Not only does Hans tell the princess it was the head, his travelling companion has secured the troll’s head and given it to Hans hidden in a cloth. Hans then opens the cloth and the princess is horrified. After Hans and the wicked princess marry, his travelling companion helps him abolish the princess’s wickedness through a scary bath scene and they live happily ever after.(1)

Here’s another spooky story. Once upon a time there was a rich man, but he was considered ugly for his beard was blue. He decided he needed a wife and asked a neighbor woman if he could marry one of her daughters. Neither daughter wanted to marry the man, as they did not like his blue beard and found it strange that the man had been married many times, yet no one knew what had become of the past wives. The man invites his neighbor, her daughters, and others to a week-long party. After getting to know the man better, the neighbor’s youngest daughter decides he isn’t so bad after all and will marry him. A little while after the marriage, the man goes on a trip while his young wife remains at the home. The husband had given his wife a set of keys to keep in his absence. The keys were to his warehouses which contained many treasures. However, there was one key, a very small one that opened a closet, that he told her never to use. While the man is gone, his wife opens all the doors except the closet. But after a while the temptation to open the closet was too much for her. The wife opened the door to find all of the man’s previous wives, scattered on the floor, dead. When her husband returns he notices a stain on the small key and knew his wife had disobeyed him. Can you guess what happens next? There is a twist but it’s still scary before the final scene.(2)

Want to hear some more spooky plots? If so, visit the 398.2 section in juvenile nonfiction. It is there that you will find the stories you read above, plus even more stories about cruel stepmothers, wicked trolls, and dastardly fates. Although, unless you pick up the original stories, you will find most of the tales on current bookshelves quite a bit tamer.You probably will not find the Brothers Grimm’s telling of How Some Children Played Slaughtering. It appeared in the original 1812 compilation of tales. The plot for How Some Children Played Slaughtering- the entire family dies. I’m going to leave out the gory details as to how but I’m sure you can determine someone’s fate just by the title. As the Grimm Brothers tales became more widely read, they published revised copies that included newer tales, dropped some tales, and tamed many. This was done to increase their popularity and reach a broader audience. The copies continued to be revised and the final 1857 edition’s stories had more religious aspects and less fairies and immoral acts (to some extent). However, once vicious acts such as rape were deleted, other acts of violence increased. Some of the most brutal reads are: The Girl Without Hands (dad was the bad one in this story), The Three Snake Leaves, The Hare’s Bride, The Singing Bone, The Death of the Little Hen, The Robber Bridegroom, The Juniper Tree, and The Goose Girl. These tales were chronicled by not only the Brothers Grimm but also various people across Europe.

While we associate these tales with children’s literature, the original stories were geared toward adult audiences. They were first passed down orally, reflective of individual cultures. One only needs to study the many different Cinderella or Little Red Riding Hood tales based on geography to get a snapshot of the uniqueness of a region. The origin of the tales may have also been for behavior modification in children and apparently wives. What child wouldn’t behave properly if there was the chance of being left in the woods to be eaten by a witch? Not many. Regardless of country of origin, pivotal to most tales is good versus evil, with good eventually winning in most of the tales.

At this point you’re probably thinking forget Edgar Allan Poe and Mary Shelley’s Frankenstein. If I want a spooky, scary, keep-you-up-all-night story, I’m checking out Hans Christian Andersen, Charles Perrault, Andrew Lang and Brothers Grimm. I would have to agree with you. I would also advise reading with many lights on. One never knows what could be lurking behind the closet door or if a troll may be peeking into the window.