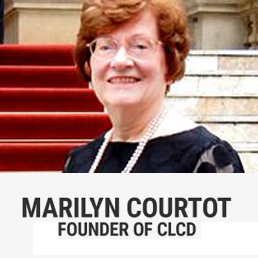 CLCD, as it stands now, has come a long way from its inception in 1993, when a computer programmer and the first female assistant secretary of the U.S. Senate, decided it was time for a career change. Marilyn Courtot endeavored to create a source for teachers, librarians, parents, and childcare providers that offered reviews of children’s books. From 1993 to 1999, Marilyn created and maintained a print newsletter that did just what she had set out to do, help those who worked with children make appropriate literary choices.
In 1999, CLCD morphed more towards its current state, though it is ever-changing, while maintaining the original mission. After 20 years with CLCD, Marilyn sold the company to our current president, Dr. Ajay Gupte, who has continued Marilyn’s original vision. Marilyn is not an easy person to tie down but she was gracious enough to share her story with us from afar, while traveling on a cruise ship. Here is what she had to say about CLCD then and now.

Your story has been described in a “nutshell” as follows, “ace computer programmer, made history as the first woman to serve as assistant secretary of the U.S. Senate, and launched two highly successful businesses”. Reading that I am curious how you came to start Children’s Literature and to know what was your motivating force ?

I was tired of my current job and wanted to do something that used both my training and education, but that would have been very different from what I was currently doing. I had been involved in computer technology since the very early days on my first job in 1965, and I had a bachelor’s degree in English Literature and eventually a Master’s in Library Science. The thought of a new challenge was energizing. I was always interested in learning new things and forcing myself to stretch beyond what most would consider normal limits. After a year of attending conferences and meetings, I decided that there was a gap in the field of Children’s Literature. There was no easy way for teachers and librarians to learn about new books and how they might fit the curriculum. I decided to develop a newsletter that would give short reviews of approximately 50 books a month. I envisioned it as a quick read by teachers and librarians and even interested parents. Two such newsletters existed at that time on the West Coast in California, but my research did not indicate that anything of that nature existed for the East Coast.

Librarians were facing big changes in their jobs in 1993. Automation was turning many libraries into media centers, with computer terminals and access to the Internet as well as various products offered in electronic form. These products were designed for different types of computers and databases were also starting to proliferate. Many school librarians were renamed media specialists and the term librarian seemed to be an anachronism. They also were teaching classes in automation so they had to get up to speed themselves. As a result, they had less and less time to read books and relied more and more on review media. There was also an explosion in the number of children’s books being published and considerable consolidation in the industry. In addition, Children’s Literature began to review at least one electronic product a month, but that was just the tip of the iceberg, and now books are available in electronic form as well as printed on paper.

With so many different things, i.e. sports, technology, etc., competing for a child’s attention, how and why are children’s books still relevant and important ?

Not everyone excels in sports, yet electronic devices seems to have captured the attention of most kids. It is rare these days to find a 10-year-old without a phone and/or electronic games at home, school or just about anywhere. While these types of technology are now prevalent, it was not so 25 years ago. Regardless, books offer an opportunity to see oneself, to learn and to escape and let your mind build the scene, the look of characters, etc. Books stimulate different parts of the brain and aid in ability to concentrate for longer periods of time. Technology in many ways has taken that away and while computers may involve action, the games generally are more passive than stimulating.

How did you gain readership of the monthly newsletter and maintain that readership? What was your greatest challenge ?

Starting a newsletter on a shoestring was indeed a challenge. I offered it free to local librarians and left it for pickup in several libraries in Montgomery County, Maryland. My hope was that by starting with a small base and obtaining testimonies, then I could expand by advertising in other media and move beyond local readership. We also went to the appropriate trade shows such as ALA, NCTE and regional book shows and conferences and passed out copies of the newsletter. Readership grew slowly, and we kept the price point low enough that any teacher/librarian/parent could afford it. The idea was to have a large enough mass that it eventually would start to be profitable.

How does today’s CLCD and subsequently Read and Shine fit into your vision for your company in the beginning? Does it ?

When I sold the company, I knew there were many ways to improve and expand it, but after 20 years I was personally not willing to undertake the tasks. Frankly, it needed a younger person with lots of energy, dedication and vision. New leadership was definitely needed. While I suggested various ideas, the eventual evolution of CLCD has been based on the vision and effort of its current President, Dr. Ajay Gupte. Read and Shine is a perfect example of new thinking and repackaging existing data in a way that better suits the needs of its audience.

Are you a library user or book buyer? How many books do you have in your collection ? Do you have a favorite ?

I was both and of my collection of nearly 1,000 autographed books was donated several years ago to Shenandoah University for its students to use and enjoy. I still have about 150 children’s books that I have kept because I loved the story or was impressed enough with the art that I was not yet ready to part with the book. There will be a day when I donate them to the same university. I don’t really have a favorite book. I enjoy a good story as much as I enjoy wonderful artwork. If I had a favorite, I probably would not have collected so many books. I do have a preference for certain types of books that I enjoy. Nonfiction is my real love, but I also enjoy fantasy and science fiction.