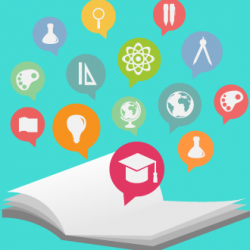 I remember reading Annie On My Mind as part of my YA Literature class during my Master’s program. We were assigned a title from each YA “genre” and that was our LGBTQ book I suppose. I guess at the time there probably weren’t many other choices, either that, or it was because that book was such a game changer. Published in 1982, it has held up to numerous challenges even including a burning in Kansas in 1993! It has never been out of print and has been named a “Best of the Best Books for Young Adults” by the ALA, and it has been named one of the 100 most influential books of the 20th Century by School Library Journal. Still, I was not even aware of this book until I was a 22 year old graduate student. It was never on my radar for whatever reason, but I am glad it was finally put there as it remains one of the most memorable YA books I have ever read.

Whether I am now more attuned to what’s being published as a Librarian or whether there truly is an upsurge in LGBT stories for children and teens I can now name more than ten LGBTQ books I have read and would recommend to anyone. I generally don’t like to label YA, for example chick-lit vs. guy books, or LGBTQ novels. I think it is important to read a variety of stories about a variety of characters, some you can relate to and others you can learn from. Even so, it is important to acknowledge the importance of LGBTQ novels especially in the realm of YA Literature.

The Lambda Literary Awards celebrate achievement in LGBTQ writing for books published in the previous year among many different catergories, one of which is Children’s/Young Adult. Without further ado, here are this year’s nominees. 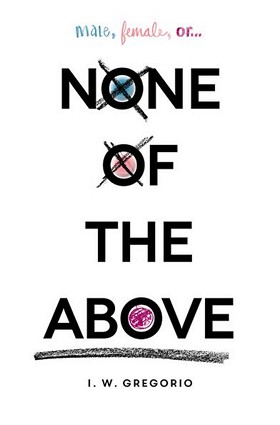 None of the Above by I.W. Gregorio Kristen discovers that she is intersex and possesses male chromosomes, a diagnosis that is leaked to the whole school, throwing Kristin’s entire identity into question.